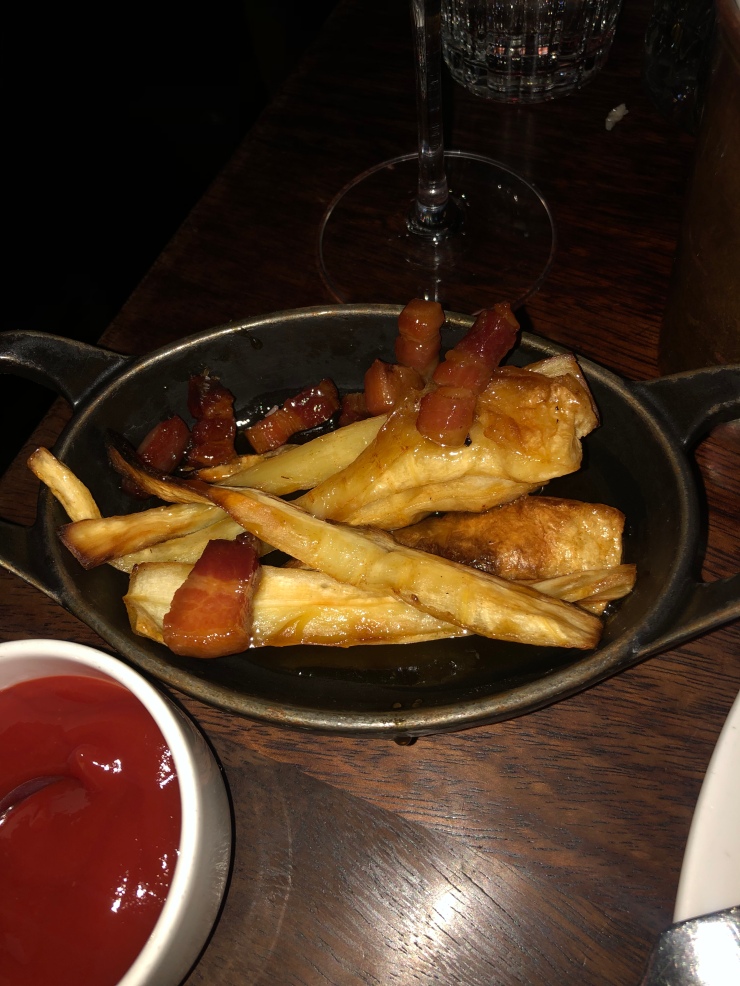 I don’t mean to sound pretentious, but I don’t expect a lot from ‘chain’ restaurants, and sometimes even less from your ‘expensive’ chain restaurants. Am I the only one? 🤷🏻‍♀️

I think the main reason why is because they ‘get’ customers, they don’t need to make their dishes anymore ‘complicated’ to cater to one specific person. I’ve also had a fair few bad experiences before!

Which is why I was SO shocked with the service I received from Hawksmoor.

It’s definitely one to shout about, so I had to write a post on just how good it actually was 😍

I did email and call beforehand to make them aware of my intolerance to both gluten and onion. Onion being the main one I fear over, as I feel a lot of restaurants don’t understand that it’s not just onion in its raw form, it includes onion powder, found in stocks/gravy’s etc. I always make them aware of this when I state onion (so don’t feel embarrassed to either) I would rather be safe than sorry ☺️

They advised me promptly that it wouldn’t be a problem (yay).

As I was going hawksmoor I knew I wanted order a steak 🥩 but I also wanted a sauce to go with it. I don’t know about you but I bloody love my food covered in a sauce 🙈 I’ve lost count of the amount of times I’ve had to eat a dry meal out as no restaurant can cater without their stocks etc.

Anyway! I cheekily emailed again and asked if it would be possible if they could make me my own gluten/onion free red wine jus to go with my steak, I was so shocked when they replied near enough straight away advising they could 💃🏻

When we were seated I was handed the gluten free menu, which made me so reassured that they remembered I had a gluten intolerant! 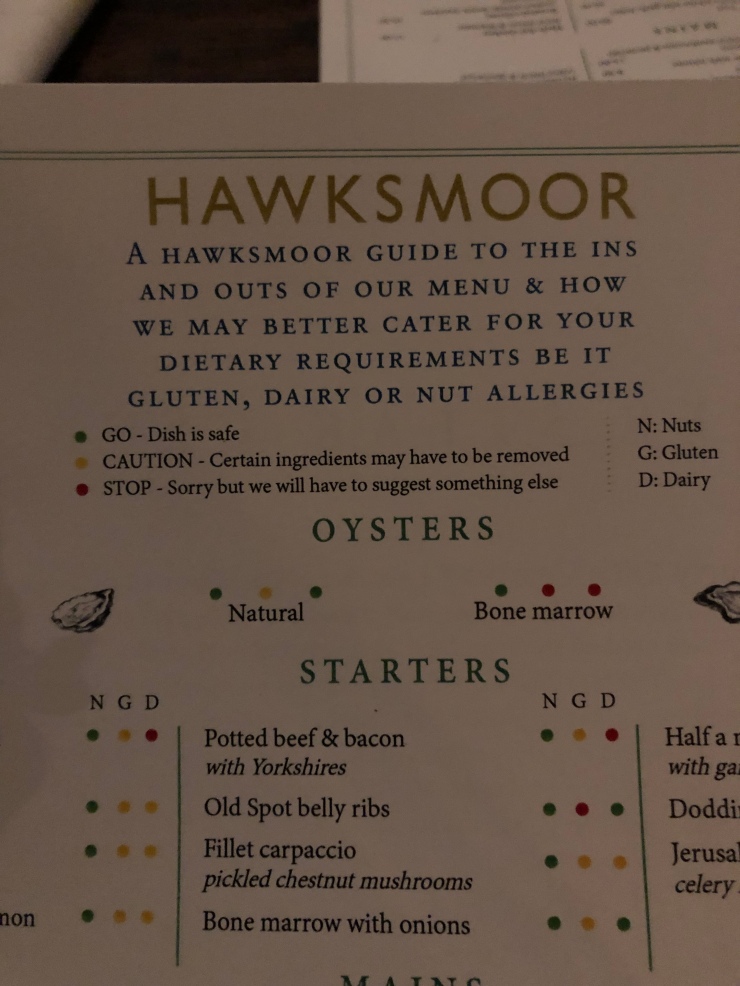 Their menu is so amazing, it’s colour coordinated to show what dishes contain what allergy, and if they can amend the dish! I don’t know about you, but to me this shows they take intolerances/allergies seriously.

I must admit I was a little nervous as they don’t stick to one staff member, and I’ve visited restaurants before where one member of staff is aware of your intolerances but the others aren’t.

This was definitely not the case with Hawksmoor, it didn’t matter who served us, everyone was made aware of my no onion/no gluten. How amazing is that?

Before I ordered they came over to explain what options I could chose from.

For starters I opted for the Devon crab on gluten free toast 🦀 It was amazing, the crab was so fresh! I personally think crab can be a bit bland and hit & miss but this was unreal 😍

Tom had the potted beef & bacon with Yorkshire, 100% not gluten free or lowfodmap! But it looked amazing 😋

I then opted for the fillet steak, along with my personalised red wine jus! The triple cooked fries and a side dish or parsnips in maple syrup with bacon 🥓 I can confirm this side dish is the most amazing thing that has touched my tastebuds in a while. These did not get shared 🙊

When our food was bought out the waiter confirmed what was gluten and onion free.. I even had my own ketchup. Top service! 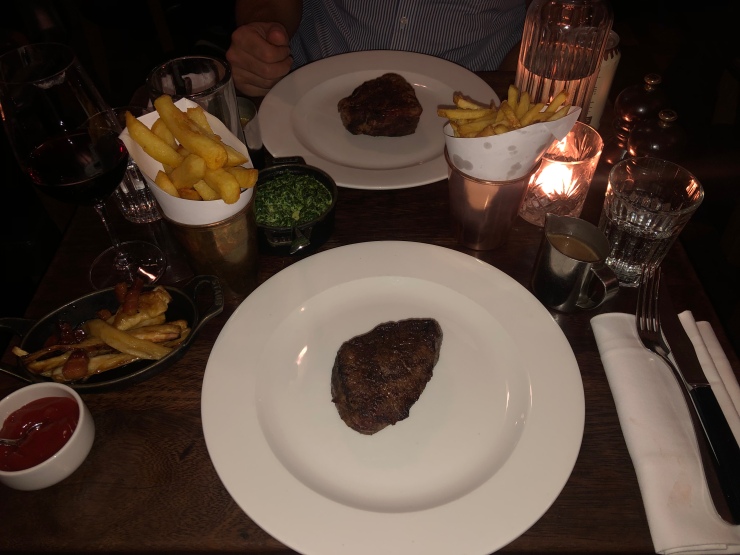 There were a few GF chocolate desserts, however I’m not a massive chocolate fan so in the end I shared some cinnamon ice cream with Tom 🍦

This is 100% one of, if not the best service and food I have received since being on the lowfodmap diet.

If anyone is looking to go we visited the Hawksmoor in Borough.

What restaurant have you been too where the staff went above and beyond, and of course the food was delicious?